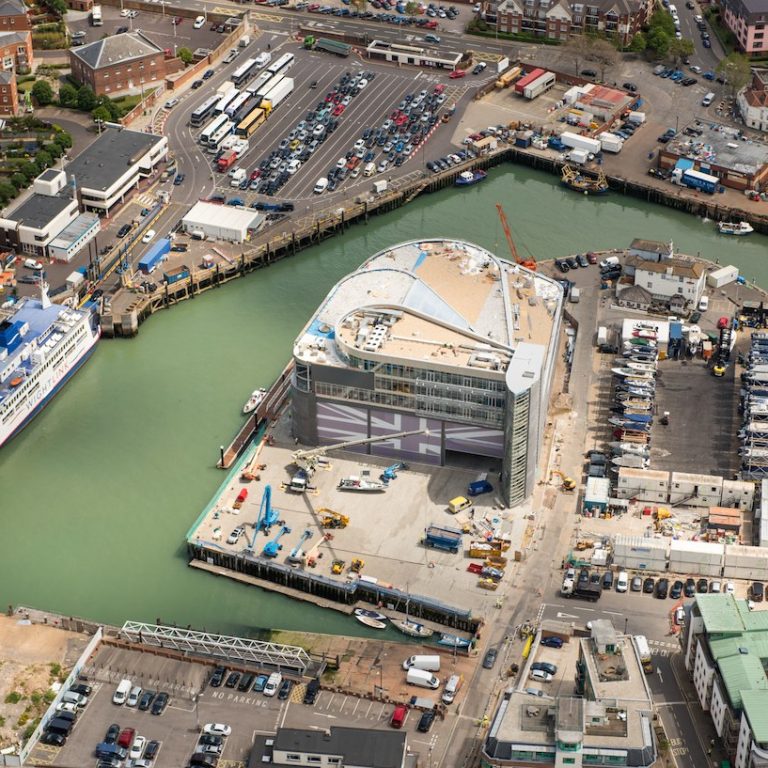 As construction on the new home of Ben Ainslie Racing nears completion, the team and Low Carbon call on sports teams to consider how they can use their influence to drive change.

16 June 2015 – Ben Ainslie Racing (BAR), spearheaded by Olympic multi-gold medallist Sir Ben Ainslie, has called on sporting organisations in the UK to use their clout to educate and inform the public about the importance of being more environmentally friendly, as the construction of the BAR team’s new energy-efficient headquarters in Portsmouth reaches its final stages.

BAR’s new state-of-the-art, purpose-built facility will house all of the team’s activities from design to sailing, sports science to marketing. The home of BAR will champion sport, innovation, technology and sustainability, with a visitor and education centre providing an accessible showcase for sustainable best practice, and renewable energy sources, such as roof-mounted solar panels supplied by renewable energy investment company Low Carbon, contributing to the building’s power needs.

“As societal role models, sports teams are in a privileged position. They have the power to drive positive change through setting an example and drawing attention to the issues that matter, such as sustainability,” said Sir Ben Ainslie, BAR’s Team Principal and America’s Cup winner. “As a team we are striving to become a truly sustainable business, however our ambitions extend far beyond this. We want to lead the way by educating and inspiring younger generations to drive sustainability forward.”

A long-term partnership with Low Carbon, will see high-performance solar panels installed across three floors of the building, helping the new home of BAR to achieve BREEAM Excellent standard – the benchmark in sustainable building design, construction and operation – upon completion in September 2015. The solar panels will have a capacity of 114kW contributing approximately 130,000kWh of clean energy per year towards the team’s energy needs – enough to power more than 40 homes, while saving over 60 tonnes of CO2.

Roy Bedlow, Low Carbon co-founder and chief executive, commented: “Low Carbon and BAR share the same goal of mitigating the negative effects of climate change. Sports teams such as BAR can play a powerful role in educating consumers about the need for greater sustainability and driving positive change. Visitors to the team’s site will not only see the solar panels in situ but also see the benefits of them whilst in the base. Continuing to educate consumers is the key to unlocking greater adoption of renewable energy across businesses and households, and we look forward to continuing our long-term relationship with BAR.”

Ben Ainslie Racing (BAR) was launched on June 10th 2014 in the presence of the Duchess of Cambridge. The team was conceived by four times Olympic gold medallist and 34th America’s Cup winner, Sir Ben Ainslie, with the long-term aim of challenging for Britain and bringing the America’s Cup back home to where it all began in 1851. Ben will develop and lead a British entry capable of winning the prestigious trophy, something Britain has so far never managed to achieve.

BAR is a commercial sporting team, with a number of individual private investors alongside corporate partners. The team is made up of some of the best British and international sailors, designers, builders and racing support.