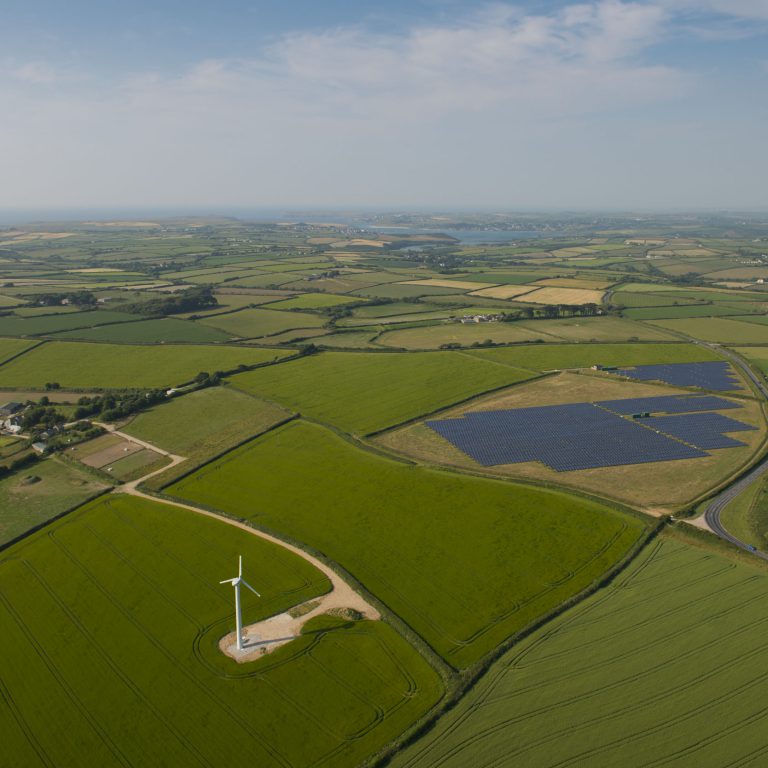 With the Committee on Climate Change (CCC) due to publish new advice on the UK’s long-term climate targets in the coming days, now seems a good time to ask what next for carbon reduction. Real and impactful changes have been made to our energy generation to support climate mitigation, driven by investors and developers of renewables building sustainable and economic routes to emission reductions, and creating new and vibrant industries alongside.

The 2008 Climate Change Act established the UK’s ambitions for emissions reductions, pegged against legally binding carbon budgets delivered every five years up until 2050. Investment and financing of large-scale renewable energy projects have made a significant contribution to achieving our goals to date and the opportunity to reach greater market penetration looms. As history tells us, however, robust and consistent government support in both narrative and fair market access through auctions and the capacity market mechanism will be key.

The Office for Budget Responsibility estimates that around £8.4bn will be spent on renewable projects in the UK in 2020/21, so the short term is promising. Over the medium to longer term there is a great deal of uncertainty surrounding future policy approaches to the renewable energy production sector, particularly to ensure market access and the growth of subsidy-free development. The renewables industry is keen to provide the cheapest, cleanest energy to consumers whilst adding value to the UK economy. Helpfully, the 2017 figures of emissions reductions alongside economic growth show that decarbonisation does not come at an economic cost – so it should be a clear decision from a government policy perspective.

Private and institutional investment is critical for the continued growth of low carbon generation and other innovations for carbon reduction, such as energy efficiency and storage. As we mature as an industry and to ensure projects are viable without subsidies, we must be agile and find solutions that work within the parameters of government policy.

Ever-increasing demand in energy consumption globally – predicted to increase by up to 40% by 2035, according to the Global CCS Institute– where coal, nuclear, and oil and gas could come back into play, is also a concern. Renewables must be able to compete in markets to prevent a surge in emissions – evidence of which is already present with energy demand increasing by 2.3% with a resulting 1.7% CO2 emissions rise in 2018 alone. This must not be allowed to delay the progress being made globally. The International Renewable Energy Agency released their report showing renewables now account for a third of all power capacity installed worldwide and analysis shows that sustainable investment has reached more than $30tr, but this does not mean we can become complacent.

UK investment is strong, but routes to financing and our changing relationship with Europe presents us with further challenges. Chris Stark, CEO of the CCC indicates we have a “climate choice” – to invest now in low and carbon-neutral economic growth or spend more resources later in adapting to higher temperatures and the destruction they would bring.

Smart climate decisions have always been at the heart of our investment model. In the UK, Low Carbon has funded more than 320MW of solar power generation alone, enough electricity to power more than 100,000 homes. Furthermore, Low Carbon and Vitol recently announced the closing of a Jersey-based fund, VLC Renewables∗, focussed on generating significant investment into renewable energy assets across Europe. The Fund will invest in European renewable energy generation projects.  Our priority is to always ensure each investment project mitigates the largest amount of CO2 emissions, protecting our future and providing green industrial growth.

The upcoming CCC advice, we hope, will appraise the government of the financial and sustainable rewards of supporting investment into large scale renewables, so we can continue to lead the world in clean energy, mitigating climate change and ensuring a no regrets approach to future policy development and energy generation.